Standup and Do It! 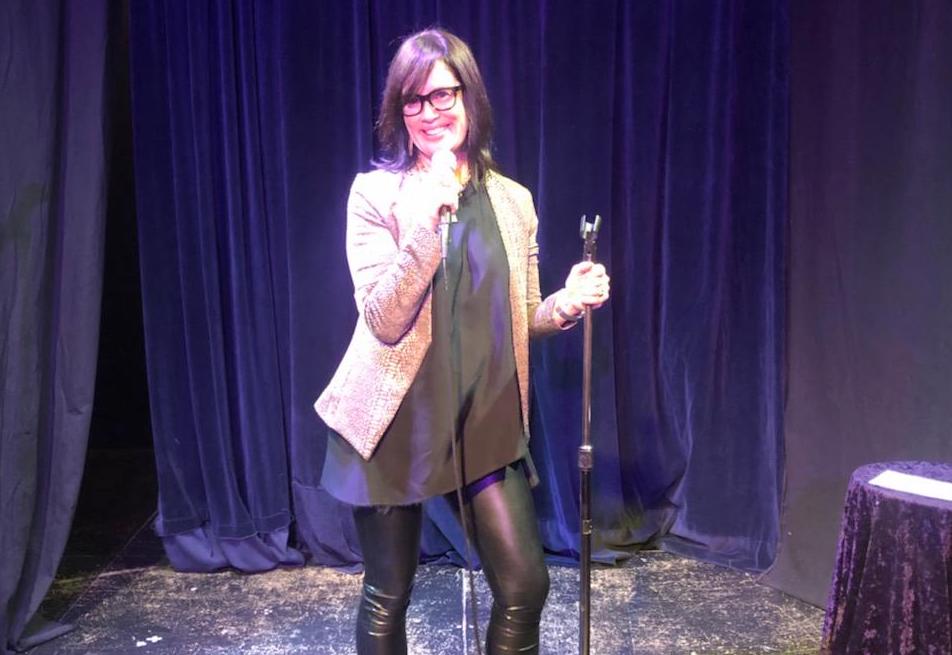 I have always wanted to do standup comedy but the thought of standing on a stage trying to make people laugh terrifies me.

You would think this wouldn’t scare me since I have no fear speaking to audiences and I coach people to speak without fear. But the comedy stage is very different. I found out just how different it is when I actually did standup a few weeks ago.

As most of you know, I have spent my career on a stage and my goal has always been to make people laugh. But a tight 5-minute set in comedy is much different than any speech or audience warm-up I have ever done.  I was legitimately scared before I took the stage and for the first time in my life, I can now stand in the shoes of anyone I coach because I get it now. It’s scary!

My fear is my memory because I don’t have one!  If I forget something in a speech, which I always do, I am the only one who knows I forgot it. But if I forget a line in standup for a joke I tell later, I am totally screwed! This is my fear.

And guess what. It happened. I was about 2-minutes in and suddenly I went blank. I knew where I was going but I also knew the line that took me to where I was going was missing. I could not for the life of me remember what the line was. So for about 7-seconds I hung there in the dark, making some conversation with the audience, but having no idea what I had forgotten.

So I moved forward with the next portion of my standup. And guess what? It all worked out. Luckily the line I forgot was a good joke that would have made the audience laugh, but it wasn’t a set up joke. I will never forget those 7-seconds of doom and I can only hope that surviving the very thing I was scared of will make me a better speaker coach, or at least, more empathetic.

I believe doing brave things gets us closer to our dreams. At 57, I am not trying to be a standup comic. But I am trying to be the best speaker, writer and storyteller I can be and doing standup adds a new edge I’ve been looking for.

The other cool part is that my 5-week class is taught by women and for women. Feminine Comique is a beginners course that gives female performers the confidence and skills they need to begin a career in standup comedy, or simply improve their communication skills. Eight women walked in on the first day and shared a little bit of content. Five weeks later, we were standing on a stage doing comedy we had written, proving there is no stopping women when we support each other.

Even if my comedy goes nowhere, at least I had a great time trying to figure out what to wear on the stage. Check out some of my looks! 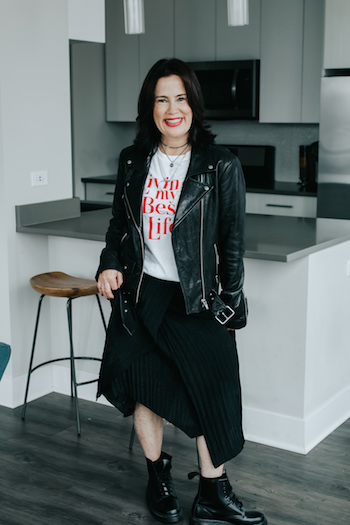 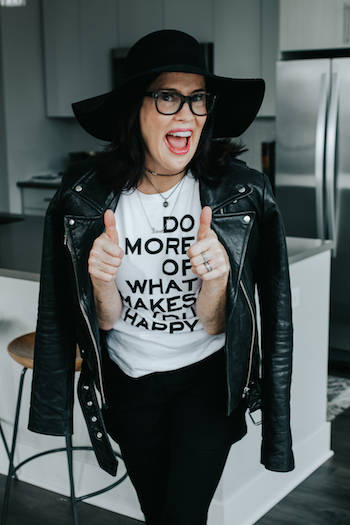 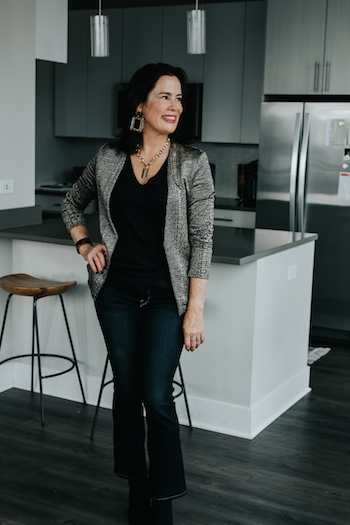 Also – check out my set and tell me what you think of this first-time comedian – warning, I swear!  It’s the “other side” of lovespeaks, and yes, I have a lot more content. When you see me hanging there in the dark about 2-minutes in, just know it ends well – because when we believe in ourselves and give it our all we always have an ending we love.

Go do the thing you’ve been talking about doing for years and let me know how it makes you feel and how it serves you in your life and in your career. Say YES to yourself! Your story is waiting.

(Warning:  Mature themes and language in this video) 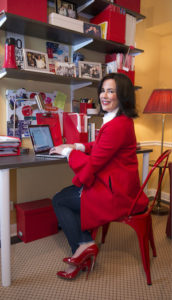